My beetle shells and how eating insects could save the world! Many Palomita products use beetle shells. These beetle shells are not only beautiful but could also indirectly be part of the answer to halting world hunger and reducing environmental damage!

Predominantly my beetle shells are green, but some carry as well a copper, gold, or yellow tone, and others a deep blue-ish tone. The light plays on the wings to reflect almost “layers” of colours. They remind me of emeralds! The reflection when you move the wings produce colours that are deep and changing, truly mother natures beauty.

My beetle shells come from Thailand, they are a by product of Thai people eating insects, along with two billion people around the world who eat insects regularly. Thai people once having thrown away the shells like you would peanut shells are now collecting them and selling them on.

Insects are low in fat and are an excellent source of protein a 100-gramme portion of crickets can contain as much as 69 grams of protein, Insects are nutritionally comparable to meat.

According to estimates by the United Nations' Food and Agriculture Organization, the livestock industry could account for roughly 70% of the planet's agricultural land, with as much as 33% of all cropland being used to grow food for livestock.

The massive advantage of introducing insects into our diets is the respective resources needed by the two systems. Economically and ecologically, it's much more efficient to rear insects than livestock. With the worlds desperate need to go carbon neutral in 12 years to avoid climate collapse this could be welcome news!

But how likely are we to start eating creepy crawlies?

A selection of insects - mealworms, grasshoppers, silkworms and giant ants - were each matched with a wine chosen by an expert to complement its taste. 'We wanted to use the event to draw attention to a food source that will become more common in the West,' - Dr Sivell.

The lead researcher, Sebastian Berger, says now that the technology and scale of edible insect farming is improving and increasing prices will start to fall and free up producers to take the study’s findings on board. He cites the food manufacturer Esseno Food AG, which he says is leading the way in positioning insects as upmarket, delicious food.

So when you wear my beetle shell products and someone asks you about them, why not tell them about the awesome potential of us all eating insects!? I personally cannot wait until I can have my first insect bar! 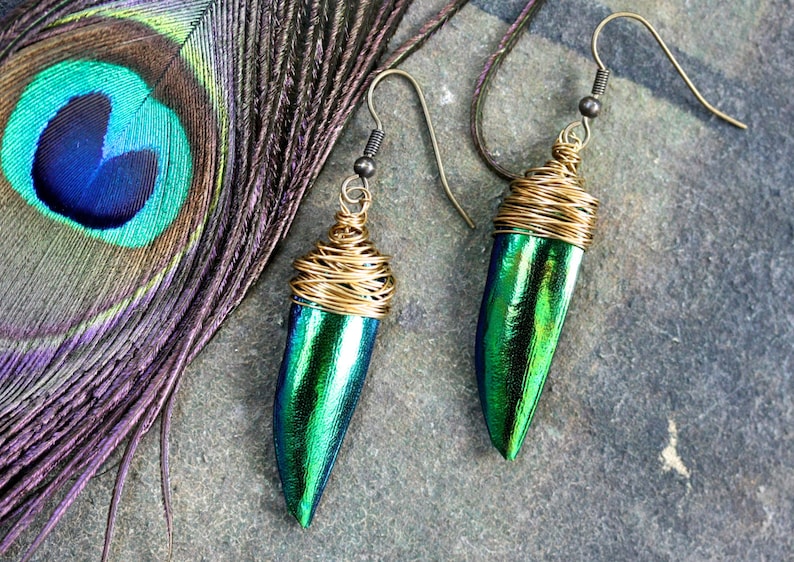 My journey with Dyslexia and why it makes me a bad ass entrepreneur! :) Part 1

Sign up to get the latest on sales, new releases and more…

Inspired by eccentric nature and kinetic bohemia, I adore using curious elements such as beetle shells, parrot feathers, porcupine quills, semi precious stones and emblems from around the world.